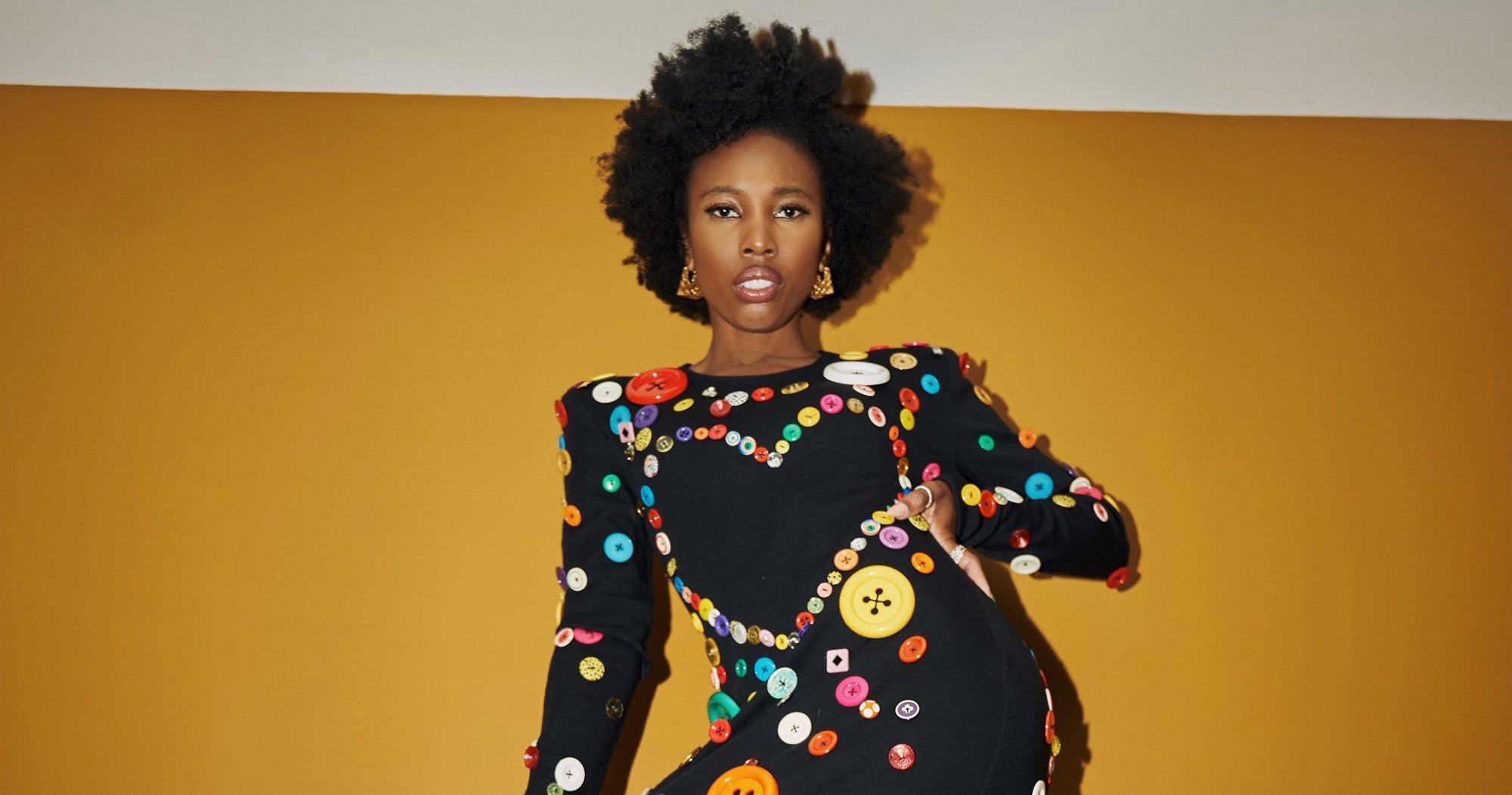 The edit’s pieces range from a pinstripe Giorgio Armani suit to Vivienne Westwood newspaper-printed sneakers. There are also non-branded vintage items, including a cowl-neck LBD and a retro, collegiate sweater vest. “I was even able to source Patrick Kelly items for the edit, and that alone is such a piece of history,” says Akers. In 1988, Patrick Kelly, a Black fashion designer from Mississippi, became the first American designer to be admitted to the Chambre Syndicale du Prêt-à-Porter, the organization that governs French ready-to-wear. (One of Kelly’s shift dresses is currently on display at the “About Time” fashion exhibit at the Met.) “His pieces are so hard to find,” says Akers. Which makes it that much more incredible that, using Thrilling and its mom-and-pop vintage stores, she was able to source multiple pieces from the late designer.