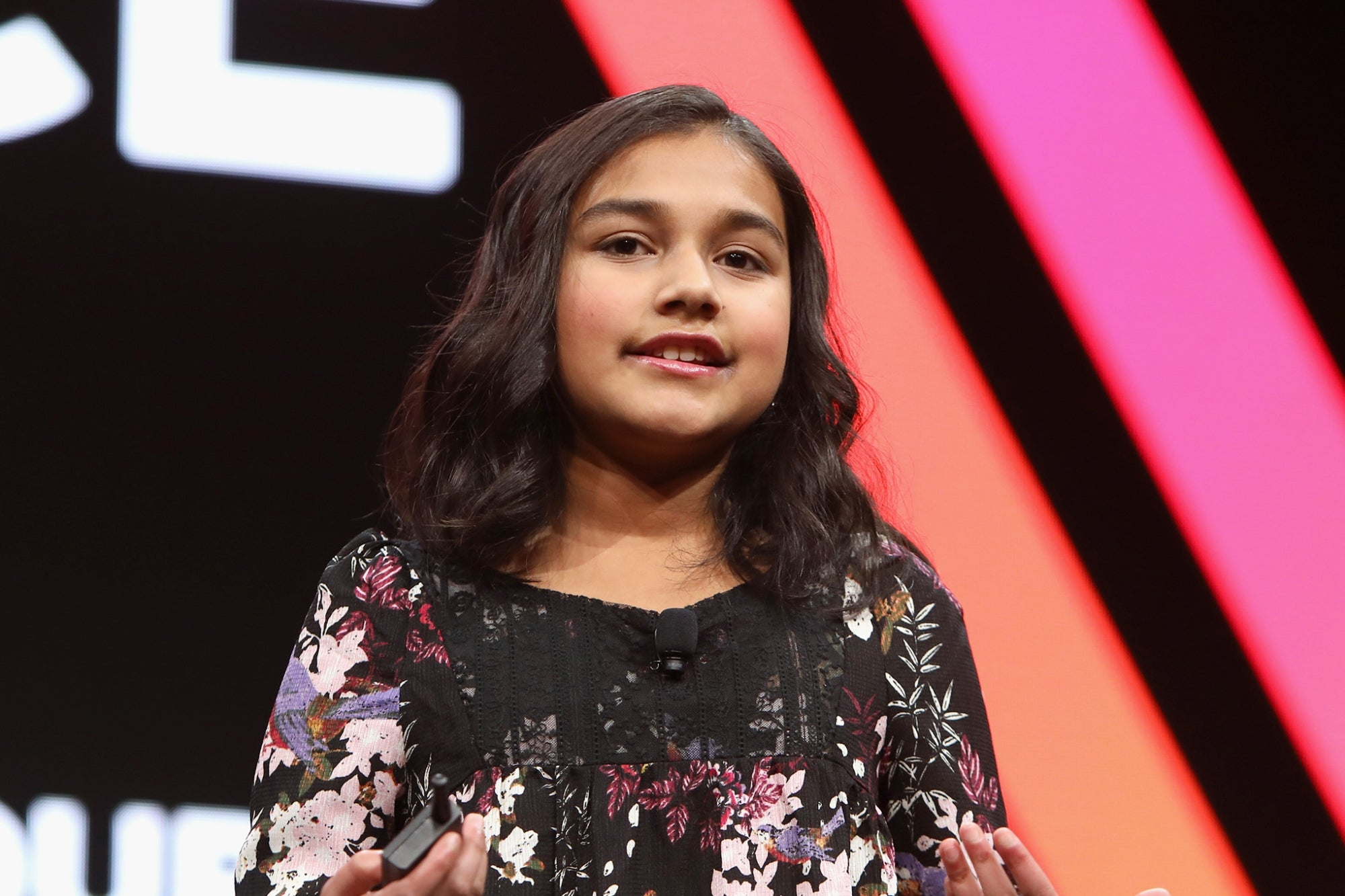 The 15-year-old wunderkind was interviewed by Angelina Jolie about her efforts to combat everything from contaminated water to cyberbullying.

Grow Your Business, Not Your Inbox

One year ago, Time magazine anointed then-16-year-old climate activist Greta Thunberg its “Person of the Year.” Twelve months later, the publication has doubled down on elevating accomplished youths by partnering with its sister platform, Time for Kids, and Nickelodeon to designate its first-ever Kid of the Year.

The honor goes to 15-year-old scientist and inventor (what have you done lately?) Gitanjali Rao, who aims to harness tech and innovation to confront crises including contaminated drinking water, opiod addiction, cyberbullying and persistent gender and racial inequality. In fact, she’s been actively applying her skills toward those goals since pre-adolescence, having won 3M and Discovery Education’s Young Scientist Challenge when she was just 11.

Related: This 17-Year-Old Recovered From Coronavirus, and Then Started COVID Candies to Help Fight It

Actress/activist Angelina Jolie snagged the cover byline, interviewing Rao about her preternatural accomplishments and lofty ambitions. As Rao tells Jolie, “Our generation is facing so many problems that we’ve never seen before. But then at the same time we’re facing old problems that still exist. Like, we’re sitting here in the middle of a new global pandemic, and we’re also like still facing human-rights issues. There are problems that we did not create but that we now have to solve.”

As Rao, Thunberg and the rest of their teenage cohort continue to demonstrate, they might just be the ones to do it.